What differentiates ACS from other technical consultants is it’s personnel’s extensive experience on multiple helicopter products. Henning Hagen and Roy Ratdal are the key personnel responsible for everything ranging from strategic management of the company to running the day to day operations. Our personnel have earned a reputation as being among the most knowledgeable and experienced people within the global industry on several widely used helicopter types. Under the effort of Hagen and Ratdal, their former employer Norsk Helikopter, now Bristow Norway AS, became the first European operator of a new helicopter model, and the world fleet leader in terms of record annual flight hour accumulation per helicopter. 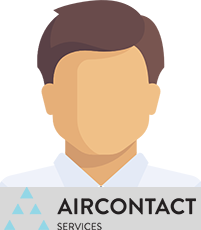 Go to Top
We use cookies to ensure that we give you the best experience on our website. If you continue to use this site we will assume that you are happy with it.OkCookies